In crunch game, Pakistan fail to get basics right

Pakistan have struggled to get their act right at the top of the order. (Source: Reuters)

Pakistan ran into the mighty Aussies in their home turf to set up a semi-final berth and clash against rival India. Fans back home were licking their fingers in anticipation of a 2011 semis repeat.(Full Coverage| Venues | Fixtures)

A six-wicket win echoes sheer domination but it wasn’t quite the case at the Adelaide Oval on Friday. Australia were kept on the toes by a spirited Misbah-ul-Haq-led unit, who checked all boxes but failed to get the basics right. The fielders struggled to back the effort put in by the bowlers while the batsmen threw their wickets away after doing all the hardwork. Here’s a look at what changed the course of the game:

Pakistan elected to bat first on what seemed to be a friendly batting strip. It promised early bite, but was expected to ease as the game progressed. Against a fiery Australian attack, the likes of Ahmed Shehzad and Sarfraz Ahmed had their task cut out – see off the new ball and set a platform for the middle-order to capitalise on.

Pakistan have struggled to get their act right at the top, but Sarfraz’s promise in the group stages raised the level of expectations from the ‘talented duo’. On the big day, however, they failed, and failed miserably. The middle-order was exposed as early as the sixth over, and the batsmen, for most of the innings, were stuck with the repair job. 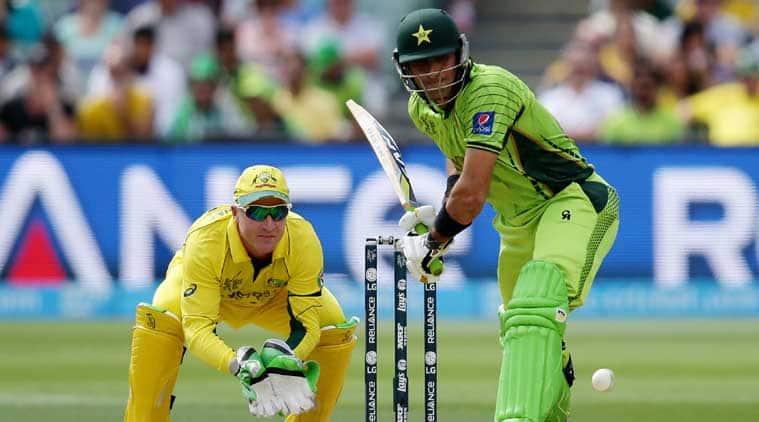 The other batsmen too self-destructed playing poor shots against the run of play. Haris Sohail (41), Misbah-ul-Haq (34), Umar Akmal (20), Sohaib Maqsood (29) and Shahid Afridi (23) make up what was a frustrating batting card. All of them got starts, but none dropped anchor. They came, pushed the team into a little hole and got out when acceleration was the need of the hour. With 45 more runs, Pakistan could have surely spiced up the contest.

No support for Wahab

Two wickets early in the spell, and Wahab Riaz was bending his back in the middle. With scalps of David Warner and Michael Clarke, the left-arm quick had a spring in his stride. He was running in hard, banging them short and dealing with Aussies, the Aussie way.

PHOTOS: Emotions run high as Pakistan crash out of the World Cup

Eleveneth over of the innings was the first time Wahab ran into Shane Watson. Misbah backed his bowler with aggressive field placements – squarish short-leg, slip and men in catching position on the off-side. The trap was laid. Wahab had Watson’s helmet locked as his target for the rest of the innings. 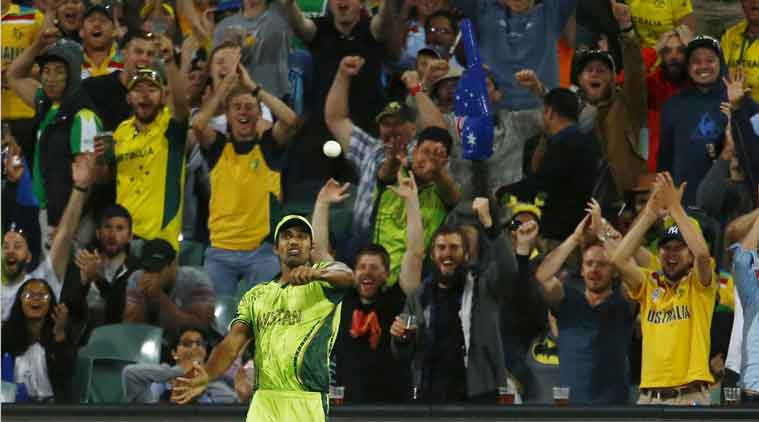 The plan almost worked in the 17th over when Watson mistimed a pull and played it straight down the fine-leg’s throat. Even a school kid would have caught that cleanly, but Rahat Ali made a mess. Watson survived.

Taken off after a rather long burst of short stuff, Wahab returned to bowl in the 28th over. By now, the complexion of the game had changed. From 98/3, Australia had progressed to 157/4 and the target was a short cameo away.

Wahab, though, had other plans. He banged in one shot, forced Maxwell into an awkward position, and the aggressive right-hander fell into the trap. He spooned one up in the air, Wahab was almost in celebration mode but his heart skipped a beat, again, when Sohail Khan spilled it in the third-man region.

This one wasn’t as easy as the Rahat catch, but at this level you expect fielders to hold on to those. What could have been 74/4, swelled to 216/4 and Australia sealed a hard-fought win.