Zaheer Khan back for DD as they win the toss and decided to bowl against KXIP in their last home game in IPL 2015. Catch all the IPL live scores and IPL live updates from the DD vs KXIP match here. (Full Coverage| Fixtures|Points Table)

Catch the social buzz of #DDvsKXIP

At home, Delhi will try to avoid another batting freeze

IPL Live Score, DD vs KXIP: Duminy has been one of the successful batsmen for DD. (Source: BCCI)

What went wrong: Delhi didn’t reach three-figures. Only three of their batsmen got into double-figures. They lost all 10 wickets with eight balls still remaining in their innings. Their big-money buys, Yuvraj Singh—who was once again found wanting against pace and bounce, this time from Varun Aaron—and Angelo Mathews, lasted all of six balls and totalled two runs. Delhi showed just why they have been perennial wooden-spooners in the IPL with their bowlers failing to take a single wicket and stop RCB from chasing down their target with almost 10 overs to spare.

What went wrong: Manan Vohra came in for Virender Sehwag and failed to provide Punjab with the kind of ferocious impetus that they brought into vogue last season. Murali Vijay once again failed to make the most of a start, getting run-out for 12.

‘Only my role in the team has changed, not my style’ 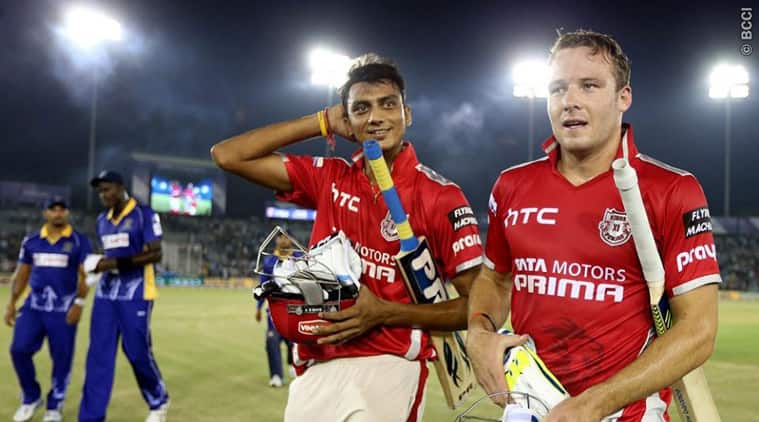 IPL Live Score, DD vs KXIP: Axar had the best economy rate (6.13) among the bowlers who played five or more matches in the last IPL (Source: BCCI)

Last year, the Punjab spinners had played a major role in taking the side to the final of the IPL, but this time it looks that it is not going their way. Axar Patel talks to the Indian Express and explains where it is all going wrong for KXIP.