The ‘Dil Dhadakne’ Do cast attended a brunch on Sunday (May 3) as they kicked off promotions for the film.

The cast of Zoya Akhtar’s forthcoming film, ‘Dil Dhadakne Do’ – Ranveer Singh, Anushka Sharma, Priyanka Chopra, Anil Kapoor, Shefali Shah and Farhan Akhtar along with their director attended a brunch on Sunday (May 3) as they kicked off promotions for the film.

In keeping with summer theme, the team was dressed in cottons, whites and florals. Anushka Sharma was the epitome of style in a white Bhaavya Bhatnagar jumpsuit with coral lips and gold danglers. 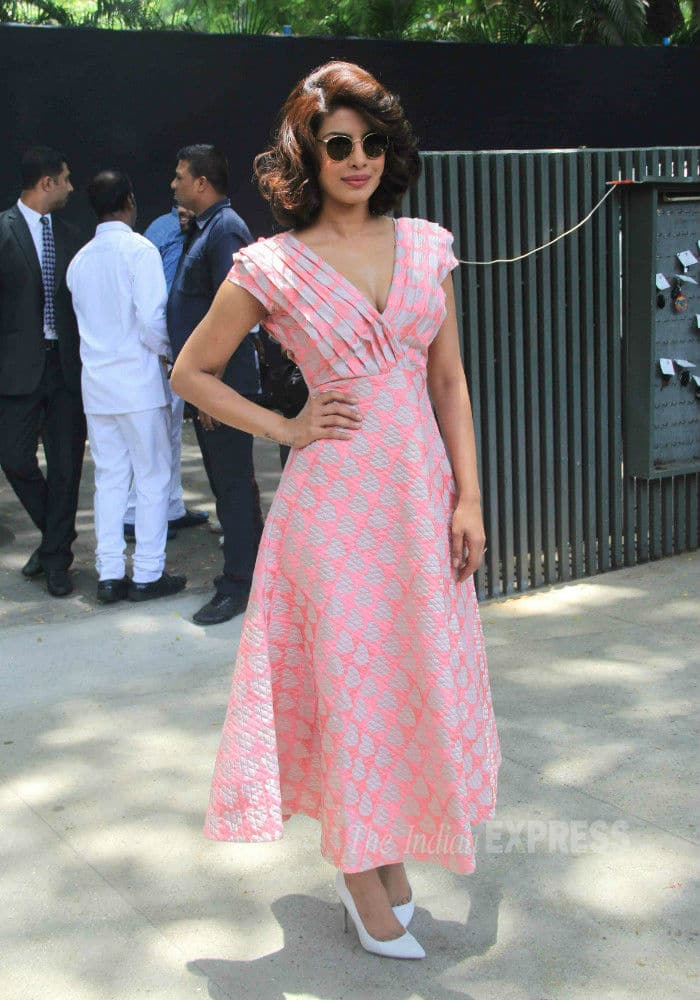 Among the boys, Ranveer Singh was the most interesting in terms of style. The actor picked a purple floral blazer, matching tee shirt and pyjamas with a fedora. The team seemed to be having a blast as they interacted on stage and caught up with others from the film fraternity. Priyanka, who will be seen as Rahul Bose’s wife, was a sport and couldn’t resist mimicking Rahul’s act from the song “Gallan Goodiyaan” where he enters the frame blowing a whistle.

Super fun at the #DDDBrunchParty today. So stoked that all the music is now out there… http://t.co/0zhYEkKvD6

Rahul Bose further tweeted that Priyanka showed him how to whistle right. The actress then praised the former’s skills saying no one could do it quite like him.

Lol @RahulBose1 no one does it like u bose!!

Anil Kapoor, who plays the role of Kamal Mehra, or call him the head of the family, also shook a leg with his onscreen son, Ranveer Singh.

‘Dil Dhadakne Do’ revolves around a Punjabi family holidaying on a cruise. The film will hit theatres on June 5.