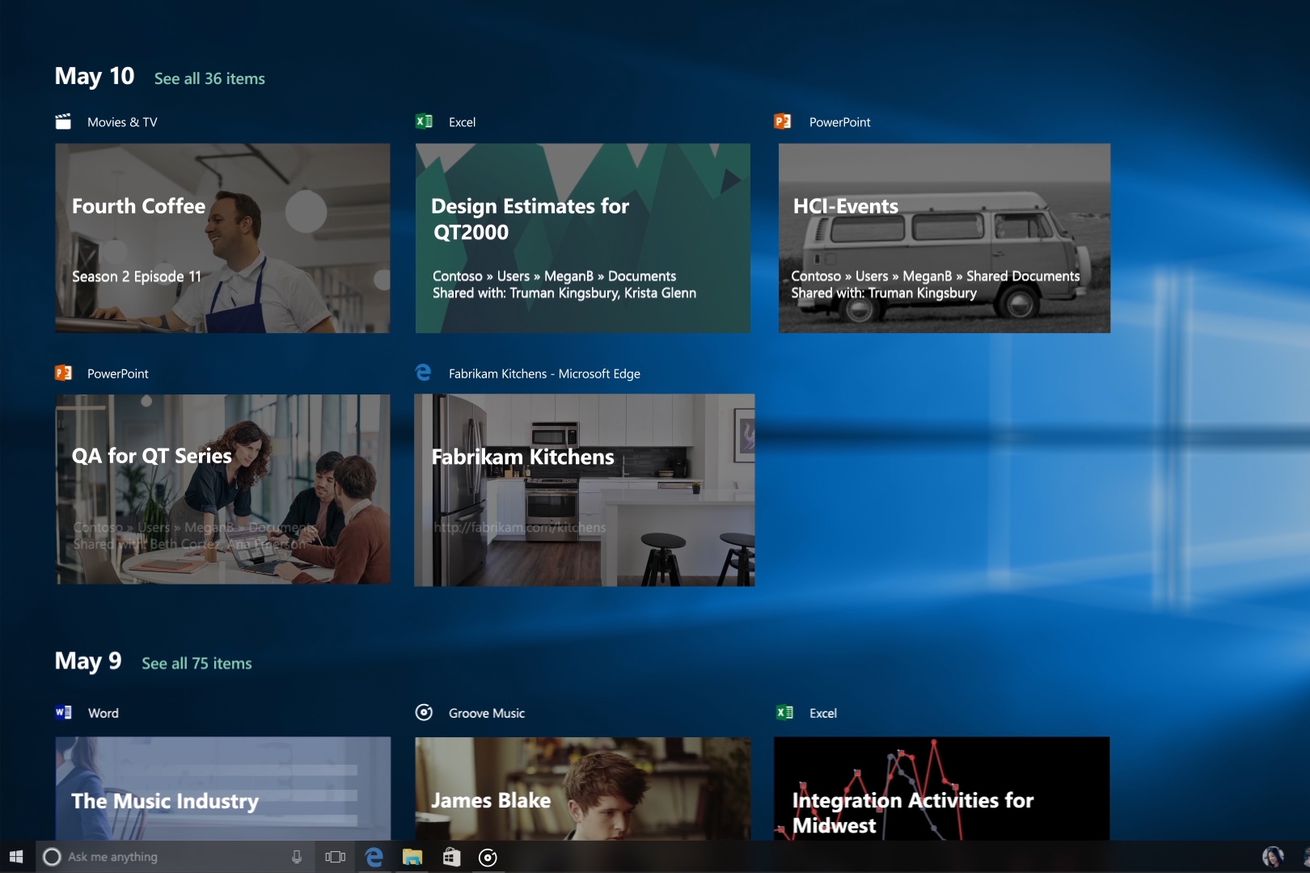 Timeline will let you effectively pick up where you left off if you’re switching between Windows 10 devices. Thanks to Cortana integration, this will even extend to some Microsoft apps on iOS and Android. It’s really designed to be a quick way to move from one machine to another, much like Apple’s continuity feature in iOS and macOS.