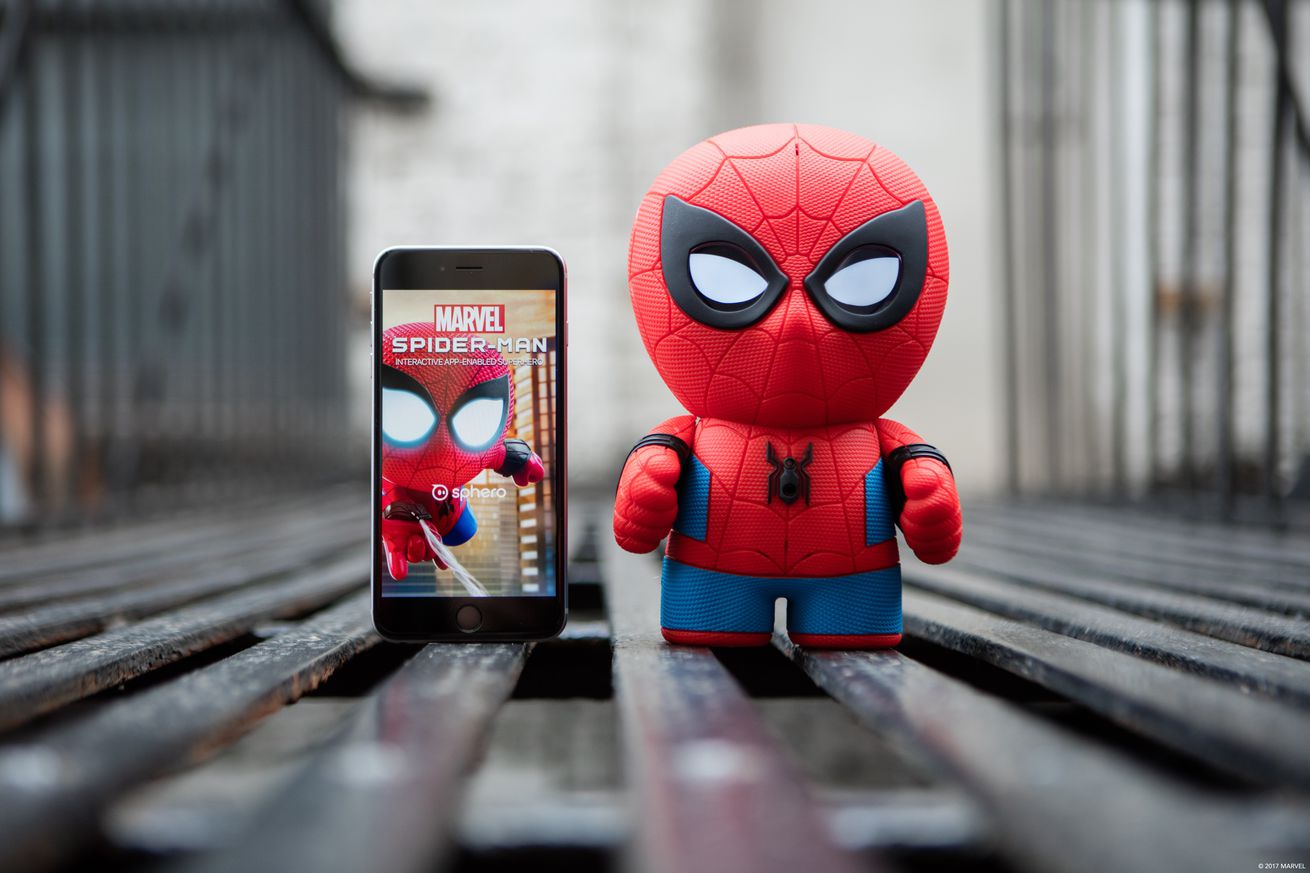 Toy robotics company Sphero is building its business around connected play, or the idea of toys that theoretically never age because they’re frequent refreshed by software updates. We’ve seen this idea realized in the company’s BB-8 and Lightning McQueen toys, both of which were designed to accompany Disney movies. Now, Sphero is releasing yet another toy — a talking Spider-Man — that continues to expand its connected toy line.

The interactive device looks different from anything else Sphero has created, in that it’s stationary and made of a rubber material — all the company’s other toys are designed to move. Kids also control Spider-Man with voice commands, which is the first time we’ve seen Sphero include that technology.