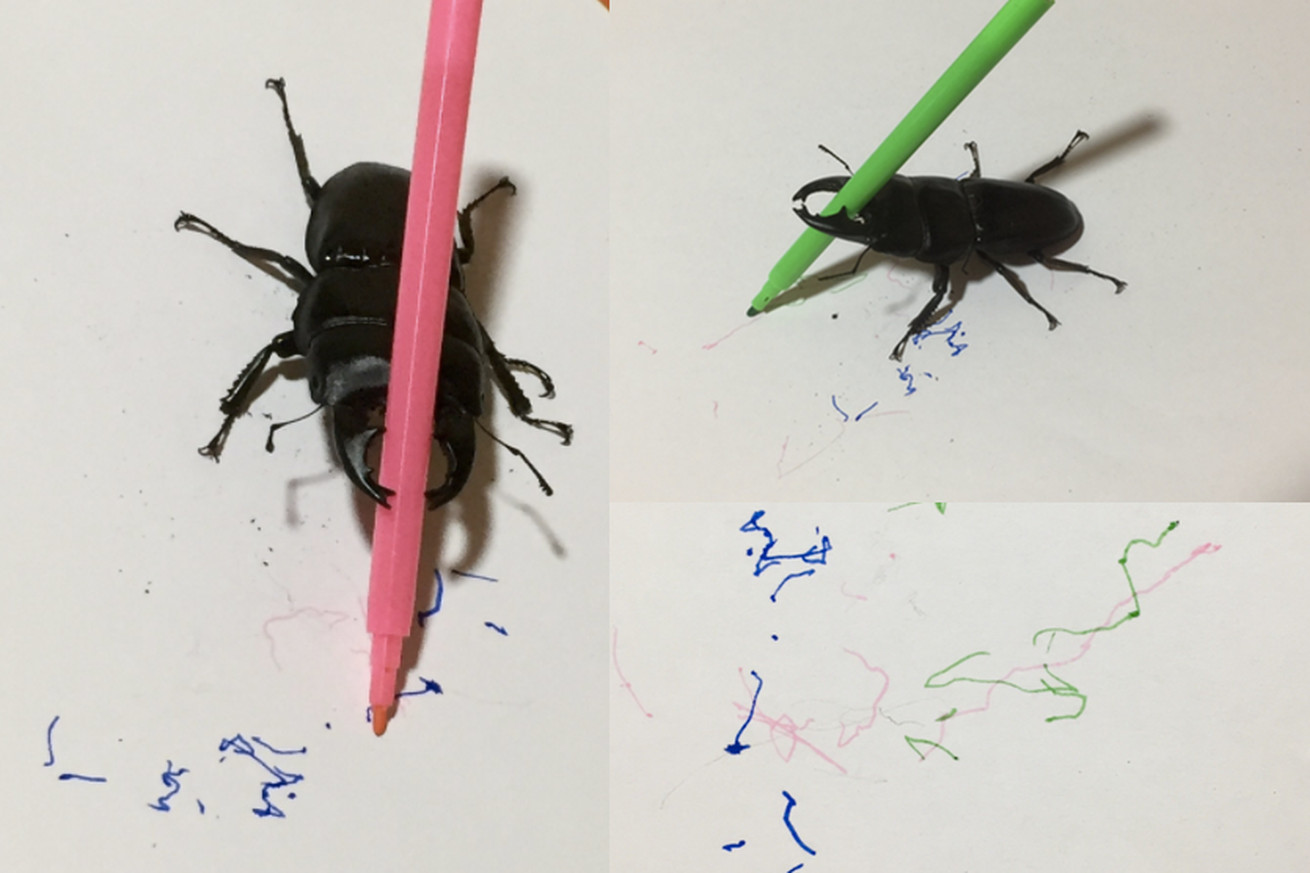 You know the rules: here on the internet we give every animal in creation at least one shot at being “the best.” So far we’ve tried dogs, cats, pigs, bats, raccoons, foxes, and bears, and I think you’ll agree it’s about time we stopped futzing around with mammals and tried out the most dominant animal on earth: the beetle. Particularly, this very good stag beetle named Spike, who loves to draw and eat jelly.

Spike got his first brush with fame after a tweet from owner Mandy showing off the beetle’s artistic talents went viral. The tweet’s now gone (Mandy has locked her account) but in its place we have a dedicated Twitter account for @SpikeTheBeetle. And, yes, he’s still churning out adorable masterpieces: