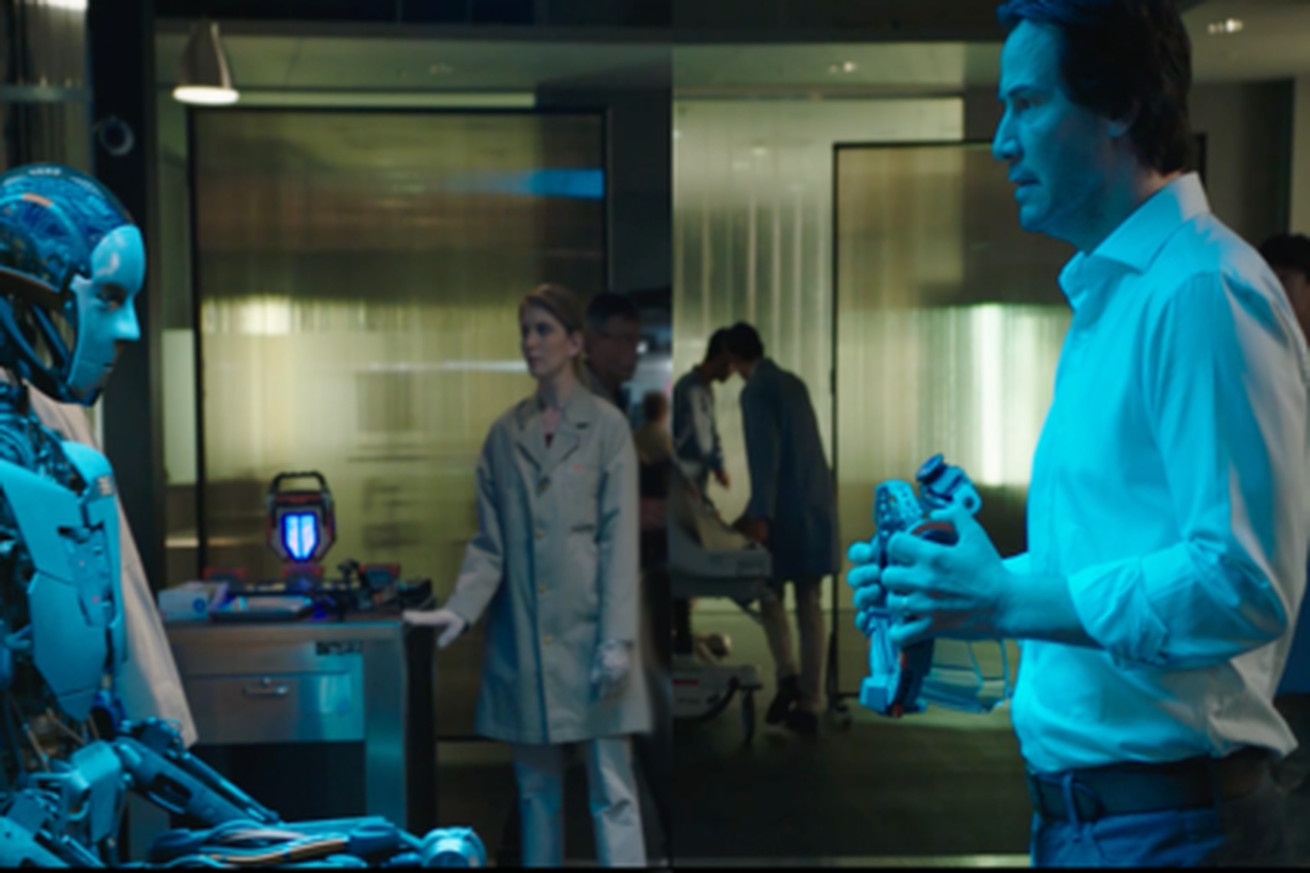 The first trailer for Keanu Reeves’ upcoming sci-fi thriller Replicas was released at the New York Comic Con panel today, where he was joined by director Jeffrey Nachmanoff and producer Stephen Hamel. In the film, Reeves plays a neuroscientist named William Foster whose wife and three kids are killed in a car crash. With the help of his best friend and fellow scientist Ed Whittle (Silicon Valley‘s Thomas Middleditch), Reeves brings them back to life by cloning their bodies and transferring their consciousness. What could possibly go wrong?

The film appears to bring up moral and ethical questions involved in bringing the dead back to life, being confronted by technology, and running a shady family cloning business out of your basement….