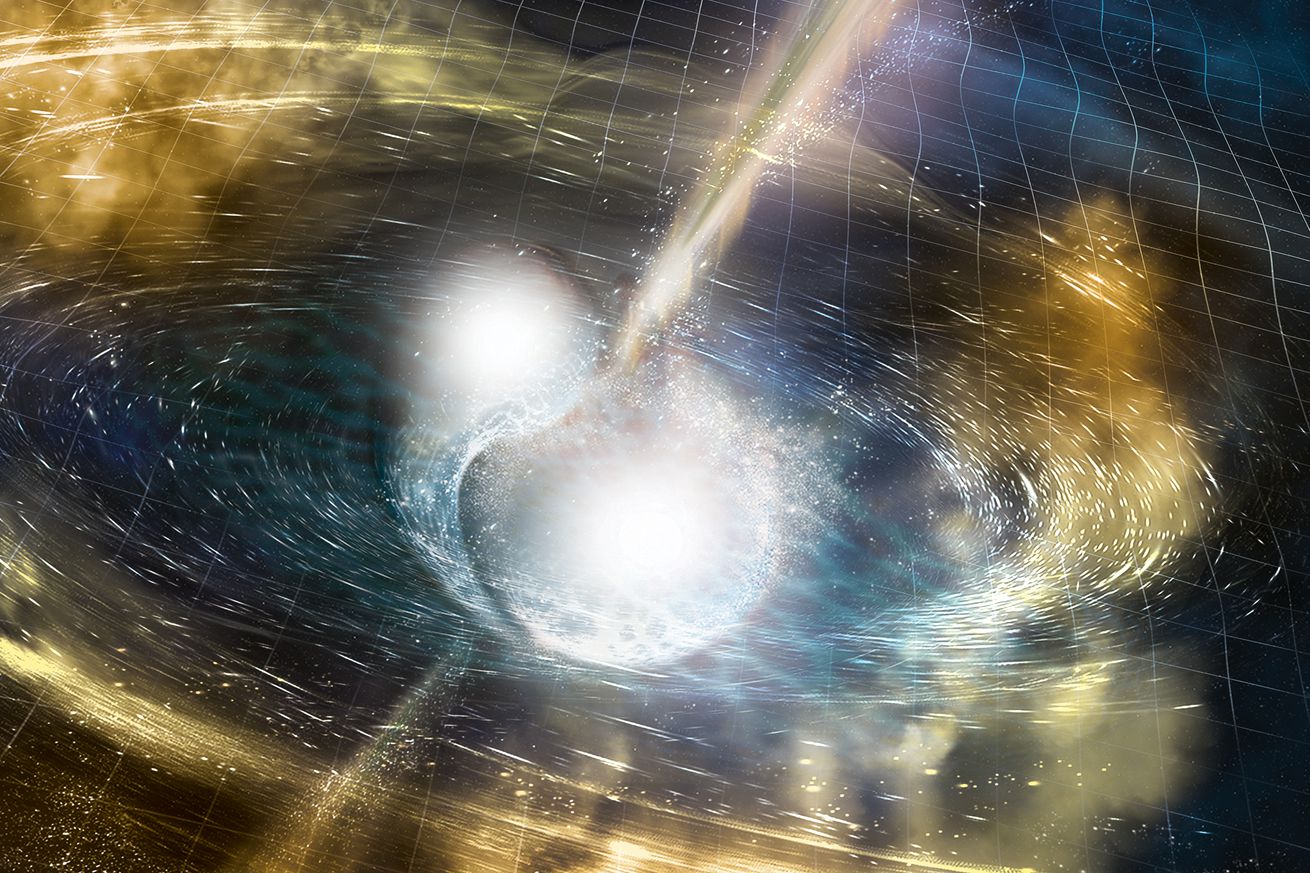 Once again, scientists have detected gravitational waves — ripples in the fabric of space and time created by objects moving throughout the Universe. And this time, the celestial signal stems from a never-before-seen event: the merger of two neutron stars. In contrast to past observations of gravitational waves, the event was also detectable by regular light telescopes, giving scientists unprecedented insight into this cosmic collision.

This is because all four previous wave detections have come from the mergers of black holes, which are events that don’t emit light. But these waves were created from the violent collision of two distant neutron stars, the superdense leftovers of stars after they’ve collapsed….