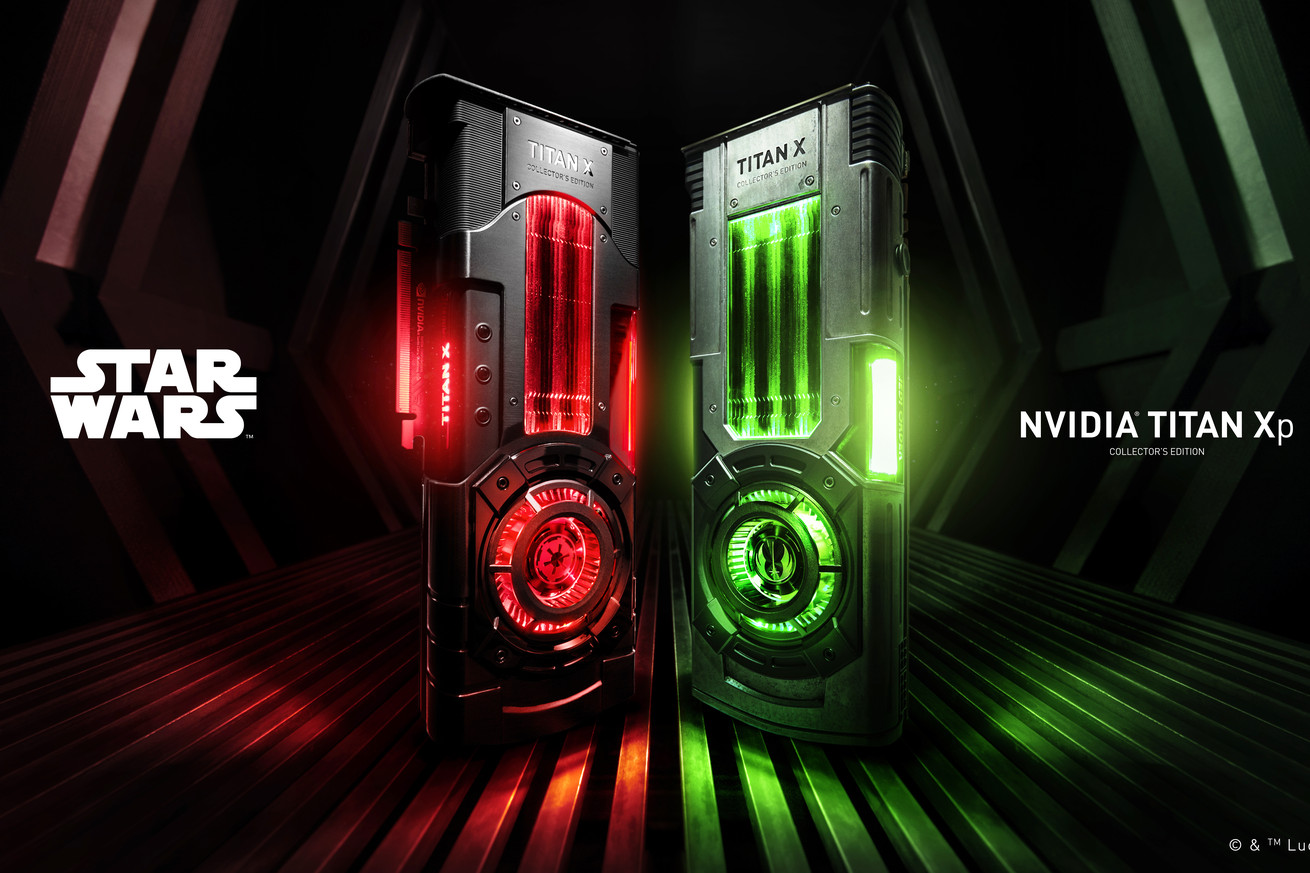 Nvidia is creating special versions of its powerful Titan Xp graphics card for fans of the Jedi Order or Galactic Empire. The two collector’s edition Star Wars GPUs have been designed to fit into the Star Wars universe, with hints of a slightsaber or light panels that look like the Death Star. There are bright green LEDs for the light side or a moody red version for the dark side, and both have subtle design differences for Star Wars fans.

Both cards have windowed areas to show off the lighting and internals, so they’ll look great inside a custom gaming PC that you can peek inside of. The GPUs use Nvidia’s Pascal-based Titan Xp architecture, meaning there’s 3,840 CUDA cores running at 1.6GHz and 12GB of GDDR5X memory running at 11.4Gbps….