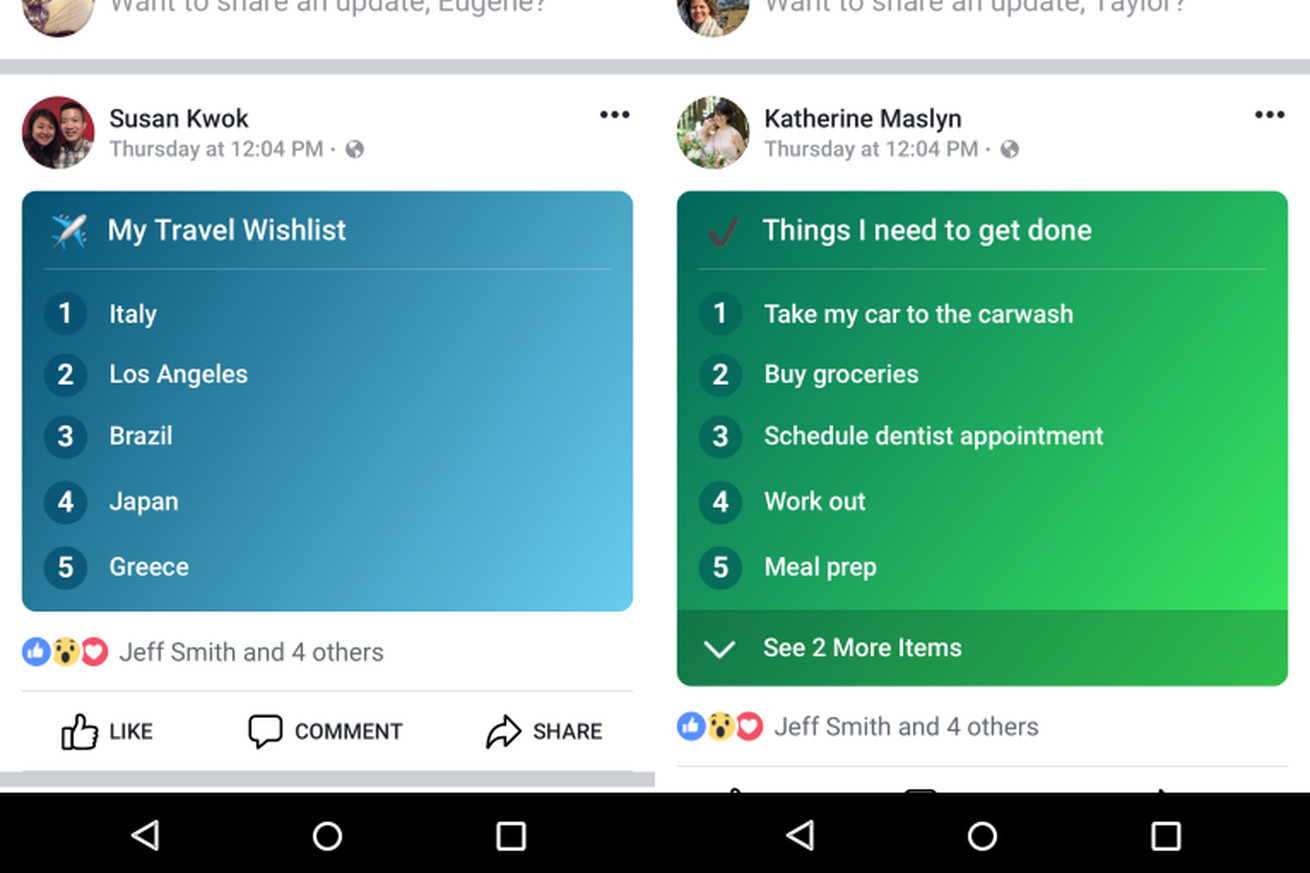 Facebook is introducing a new feature for posting status updates, called Lists, as reported by TechCrunch. The new feature, which begins rolling out today, is yet another way the company is trying to get people to share more personal content to their own pages, following statuses with colored backgrounds, its Did You Know feature, and all sorts of ways to make anyone use Stories.

Lists appears to be a way for users to create a list of, well, anything they choose, such as places they’d like to travel to or a simple to-do for the day, as shown in the examples below. The Lists can then be decorated with gradient backgrounds and assigned an emoji that appears next to the list title.