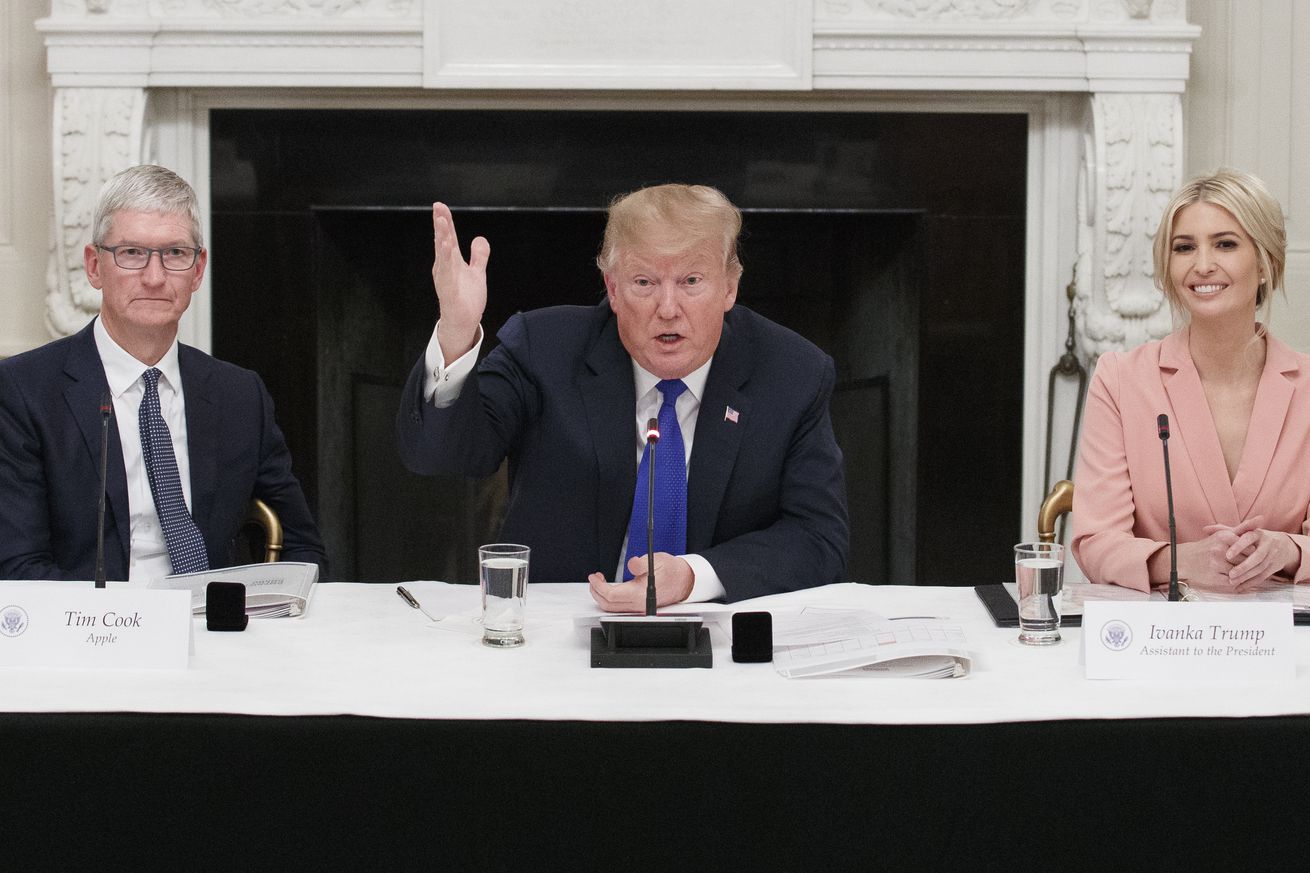 Neither the White House nor Apple have officially announced the trip, but the tour would emphasize Cook’s amicable relationship with Trump and the current administration as the US’s trade war with China continues to drag on.

The Verge reached out to the White House about the trip, but a spokesperson declined to confirm it, saying that the “White House has no scheduling announcements at this time.” Apple did not immediately respond to a request for comment.

Cook has continued to meet with Trump over the course of his presidency. In 2017, he sat on one of the…