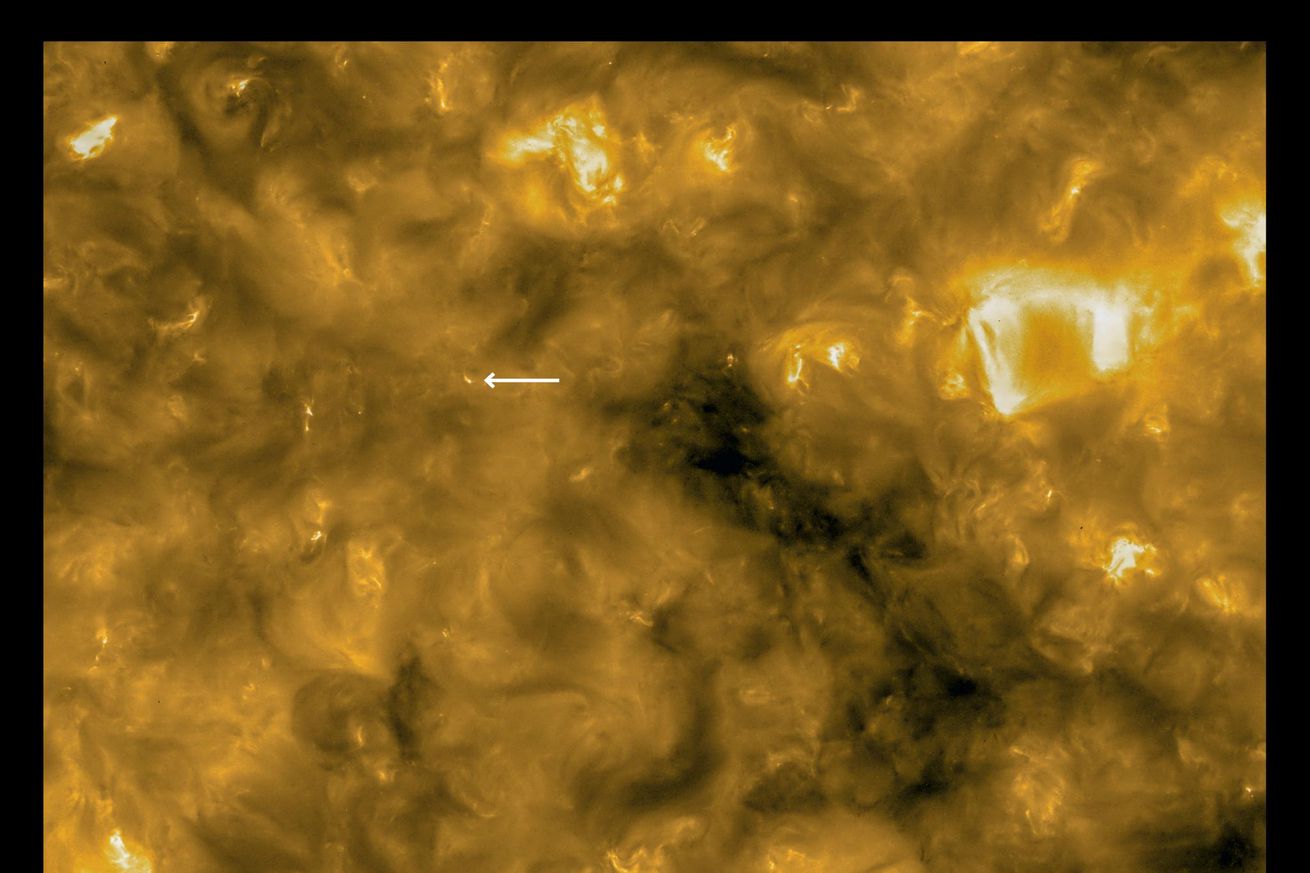 A high-resolution image from Solar Orbiter, with an arrow pointing to one of the campfires | Image: Solar Orbiter/EUI Team (ESA & NASA)

This morning, the European Space Agency and NASA have unveiled the closest images of the Sun ever taken by a spacecraft: high-resolution pictures taken by their newly launched Solar Orbiter spacecraft. Already, the pictures are revealing weird phenomena on the Sun that we’ve never seen in such detail.

“We didn’t really expect the first images to turn out really this great,” Daniel Müller, ESA’s project scientist for the Solar Orbiter mission, tells The Verge. “They’re not only really sharp and perfectly exposed from the technical perspective, but they really show things that we have not seen before.”

“They really show things that we have not seen before.”

Thanks to these images, scientists have discovered what appear to be relatively…