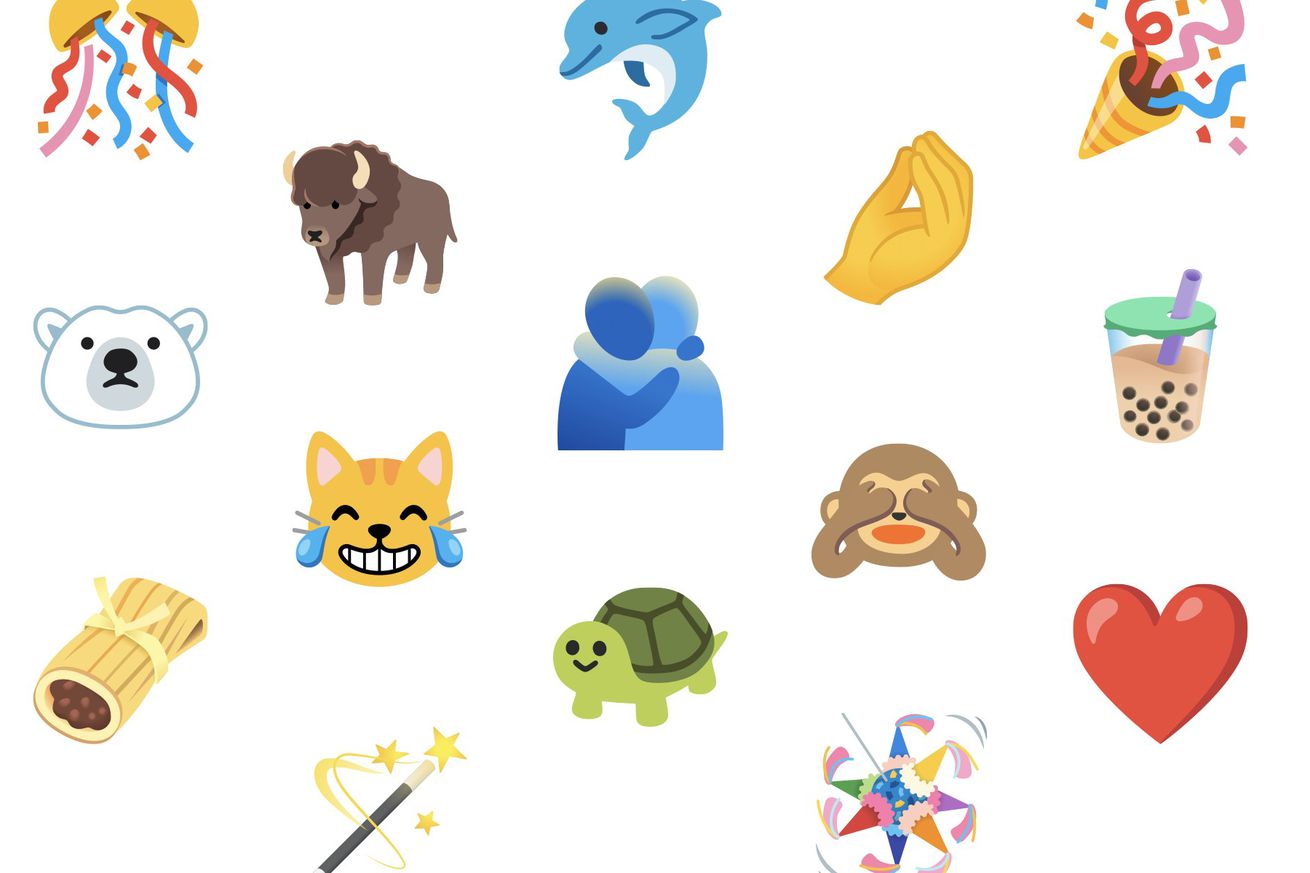 Google’s new designs include an all new polar bear emoji and a redesigned turtle. | Image: Google

Below you can see Apple’s take on some of the new emoji: a ninja, an all-gender sign, a coin (which has “The Crazy Ones” embossed on the top, a sneaky reference to Apple’s famous “Think Different” ads), bubble tea, a dodo, and a piñata. There’s also a pair of lungs, as well as an emoji which Unicode has called an “anatomical heart” to differentiate it from the traditional heart emoji.