‘Piku’ revolves around the relationship between a father and his daughter.

Shoojit Sircar’s ‘Piku’ has been making headlines ever since it was first announced, thanks to the stellar cast – Amitabh Bachchan, Deepika Padukone and Irrfan Khan.

While, we were treated to quite a few pictures from the sets of the film, the makers have finally released the posters.
Deepika, who plays the title character in the film, released the first poster on her Facebook page. It features the actress with a tray of food and medicines in her hand, while Big B, who plays Deepika’s father, can be seen sitting on a suitcase. Behind them, we see Irrfan Khan holding up a car with a chair on top.

A second poster has also been release featuring the three actors. Deepika looks lovely as ever, dressed in traditional wear with her eyes highlighted in kohl, as she appears to be the dutiful daughter. 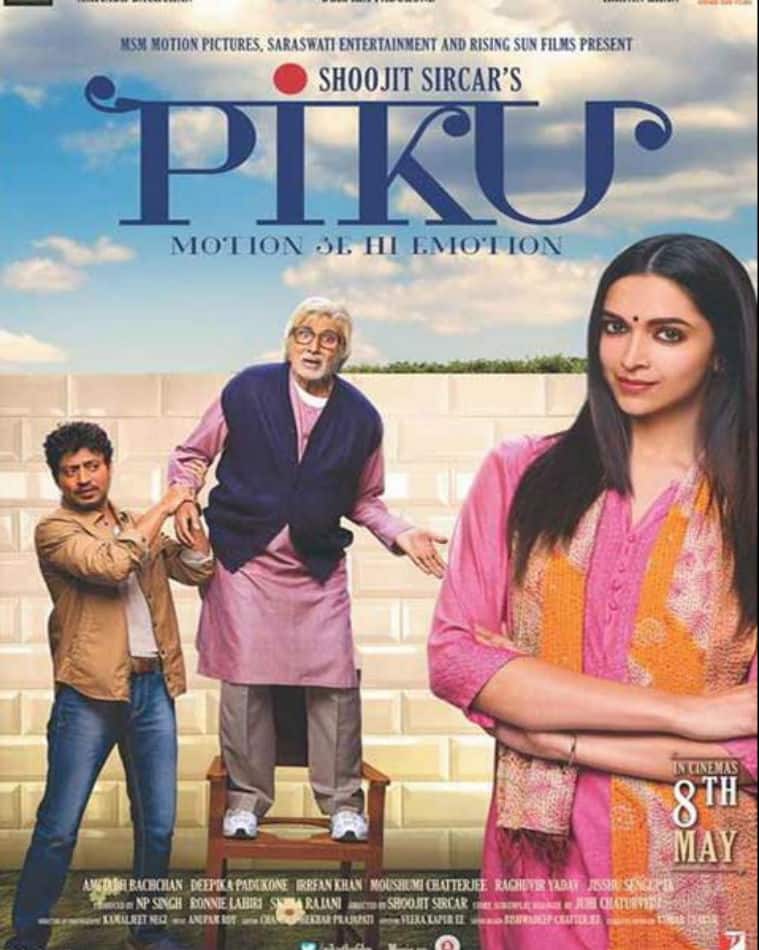 Set in Kolkata, ‘Piku’ revolves around the relationship between a father and his daughter. The film is slated to release on May 8.