Salman Khan takes in the view during the boat ride.

Salman Khan has been on the move filming or his upcoming project, ‘Prem Ratan Dhan Payo’.

His newly married sister Arpita Khan Sharma and her husband Ayush also paid the actor a visit on the sets in Udaipur. The three then enjoyed a boat ride in the Palace city.

Arpita Khan Sharma shared pictures of Salman looking calm as he took in the beautiful picturesque view during the boat ride. 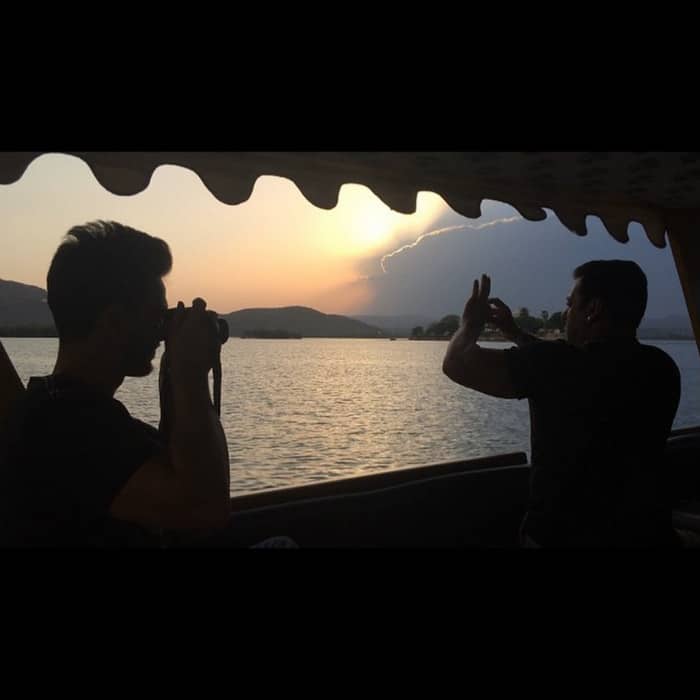 Both Salman and his bother-in-law Ayush Sharma captured pictures of the stunning sky during the ride.

Arpita also posted pictures of Salman feeding some monkey on the sets of the Sooraj Barjatya film.