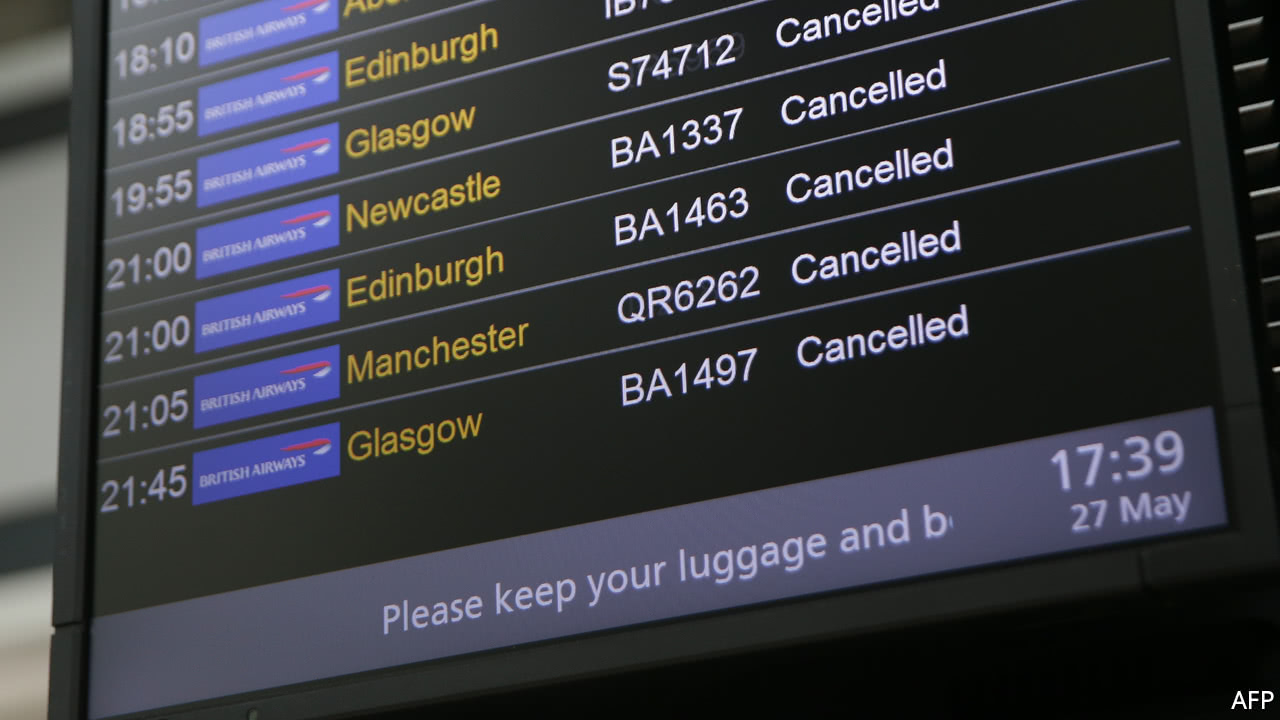 BRITISH AIRWAYS usually relishes the spring bank-holiday weekend, as families take advantage of the extended break to jet off somewhere pleasant. This year’s won’t end soon enough for the airline. A catastrophic computer failure on May 27th grounded over a thousand flights and caused chaos for flyers.

The incident, which was reportedly related to a power failure rather than a cyber attack, will raise questions about the company’s IT system. But for those caught up in the turmoil, it will simply confirm how the service standards of this national airline have deteriorated. Indeed in some respects it showed a chilling disregard for customers.

Your correspondent’s own experience at Heathrow was far from the worst. Many passengers were stuck overnight thanks to missed connections. We arrived at Terminal 5 at 8.30am on Sunday for a 10.55am flight to Berlin. By then police were only letting some passengers in to avoid overcrowding. Inside there was a huge queue that snaked across the terminal. This turned out not to be…