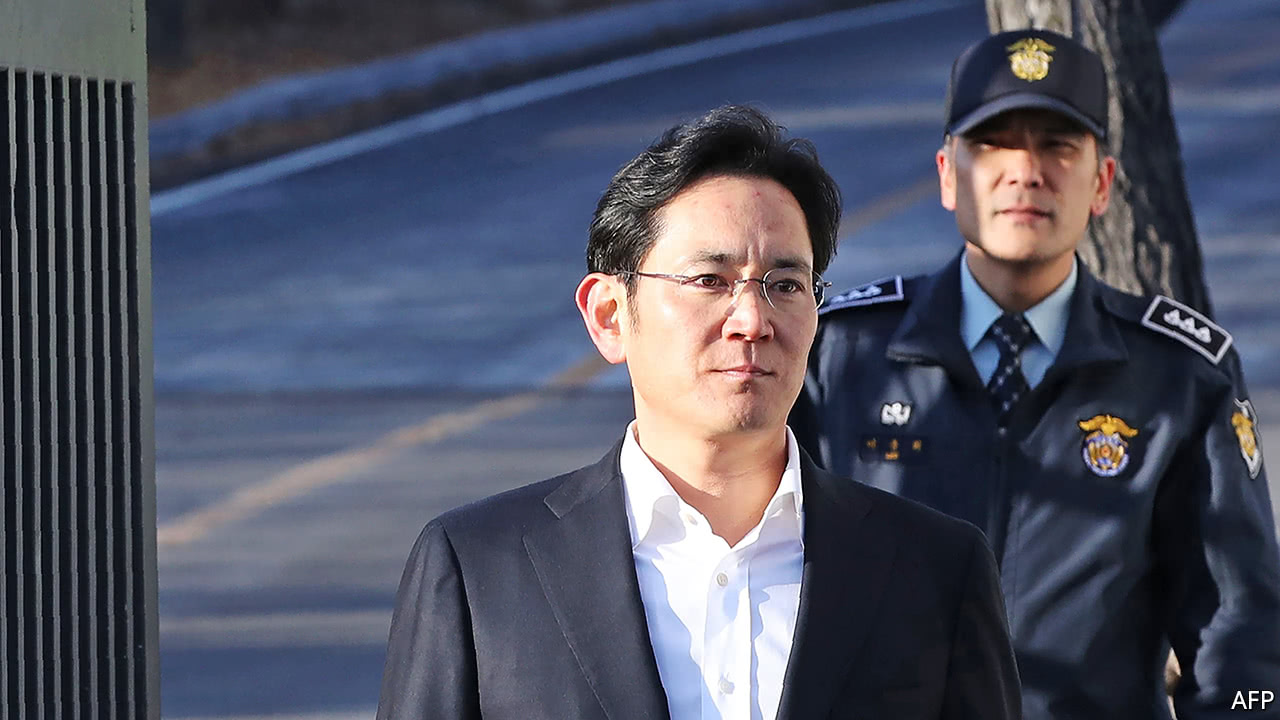 He backed the wrong horse

“INNOCENT if rich, guilty if poor” is a well-known adage in South Korea. It has been trending anew on social media since February 5th, when Lee Jae-yong, the vice-chairman of Samsung Electronics, was released from prison. The 49-year-old heir to South Korea’s biggest chaebol, or family-run conglomerate, had been found guilty of bribing a former president, Park Geun-hye, and her confidante, Choi Soon-sil. But Mr Lee’s initial five-year prison sentence was cut in half and suspended by an appeals court, allowing him to walk free after 353 days in jail. Other executives were also released on suspended sentences.

The ruling largely upheld Mr Lee’s insistence that he had been coerced by Ms Park into handing over the bribe. Prosecutors had charged him with paying 43bn won ($38m), which included buying horses for Ms Choi’s daughter and various donations to her sports foundations. In the end, only use of the horses was recognised as bribery, slashing the sum to 3.6bn won. Although Mr Lee…