Digital money has made it harder to tip the hotel housemaid 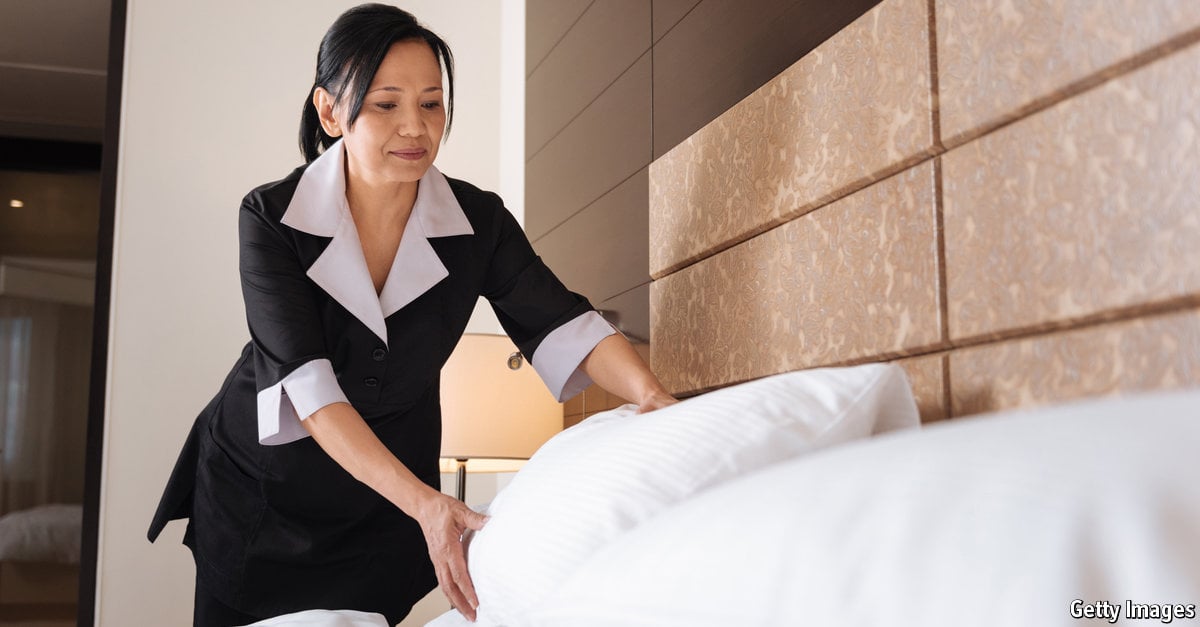 Last summer, Uber at last started allowing its customers to tip their drivers. There was nothing actually preventing them from tipping before. At the end of the ride a passenger could have pulled out his wallet, fished around for change and handed the driver a few dollars. But it would have seemed absurd to do so, when everything else about the transaction was handled through a few taps of the app. The app didn’t enable tipping, so riders didn’t tip.

All of this highlights the conundrum for hotel housekeepers. Increasingly, people book hotel rooms through their computers or phones. They pay, and often pre-pay, with their credit cards. They get around town with app-based ride-hailing. There’s a good chance they don’t even carry cash. And yet to tip the housekeeper—or the bellhop or concierge—there’s no option but cash.

It is probably no coincidence, then, that tips are tight for housekeepers. According to the New York Times, fewer than…

A new boss for McKinsey 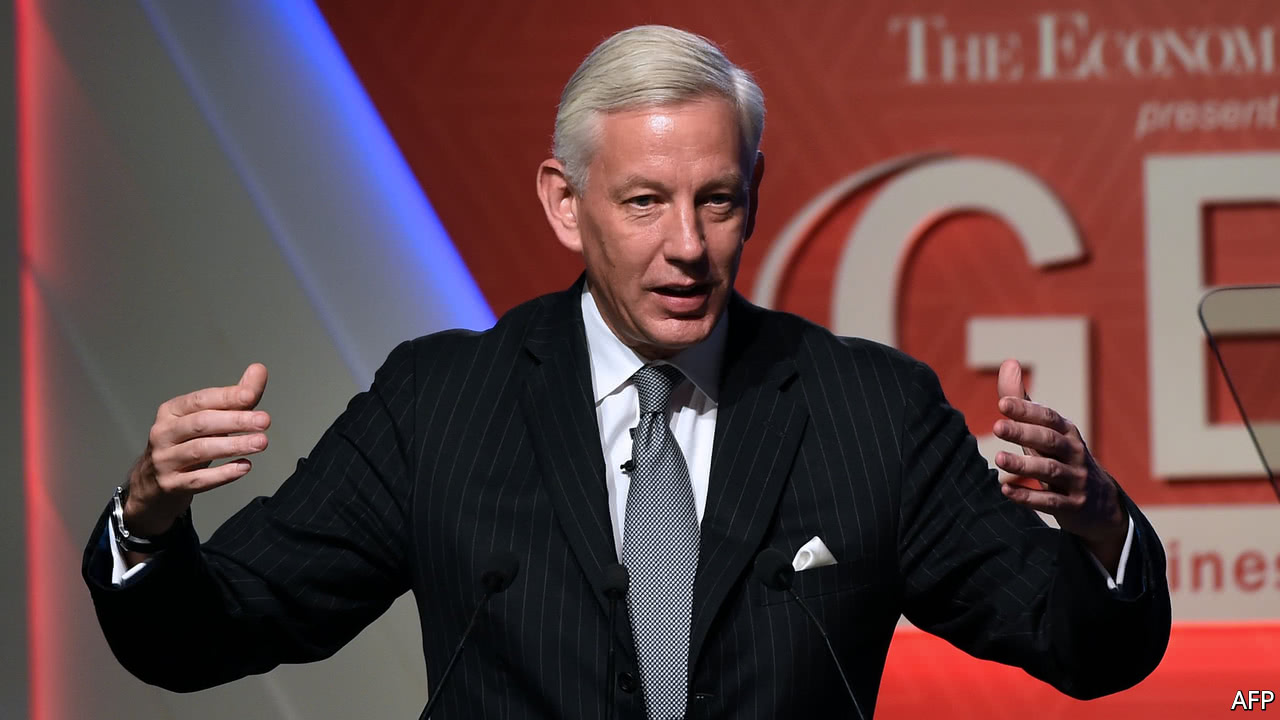 THE Jesuits, the US Marines and the Freemasons: McKinsey has been compared to them all, at one time or other. The firm prides itself on being the most prestigious management consultancy, sending out its bright, young footsoldiers to advise executives and policymakers on tricky strategic issues. It is everywhere, counselling 90 of the top 100 firms (as ranked by Forbes magazine). Among its many government assignments it is helping Britain to leave the EU, Lebanon to fix its economy and the Saudis to wean themselves off oil.

Occasionally the company needs new leadership itself. On February 25th the result of a long election process was made public. Kevin Sneader, the Scottish chairman of McKinsey’s Asia unit, will replace Dominic Barton as managing partner—the top job. He inherits a thriving business. The firm remains by far the biggest of the premium consultancies (see table). Over the past decade, annual revenues have doubled to $10bn; so too has the size of the partnership, to more than 2,000.

Capital is on its way to America, but for bad reasons 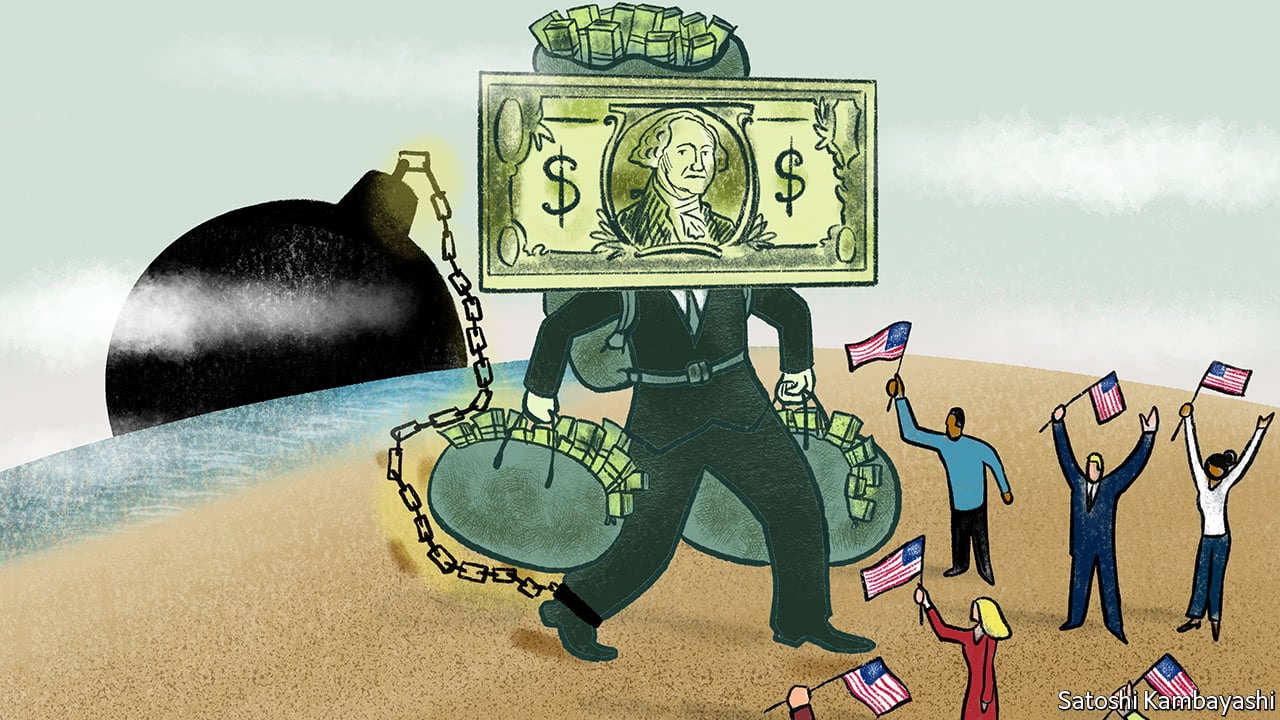 ACCORDING to President Donald Trump, money is pouring into America from abroad. The tax reform he signed into law in December means American firms can no longer defer paying taxes on profits left sitting in foreign subsidiaries. The change has led to some uplifting headlines. Apple said that it would make a one-off tax payment of $38bn relating to its past accumulation of $252bn in foreign earnings. Presumably, it will now start to bring this cash home. “Huge win for American workers and the USA!” tweeted Mr Trump. Yet despite the prospect of large-scale profit repatriations, the dollar has been strangely weak of late. Since the start of November, when tax reform began looking likely to pass, the greenback has fallen by about 3%. What is going on?

Start with the fact that repatriations are mostly not true capital inflows. An analysis by Zoltan Pozsar of Credit Suisse finds that, as of March 2017, American corporations had amassed around $2.2trn of earnings in overseas subsidiaries. About half was… 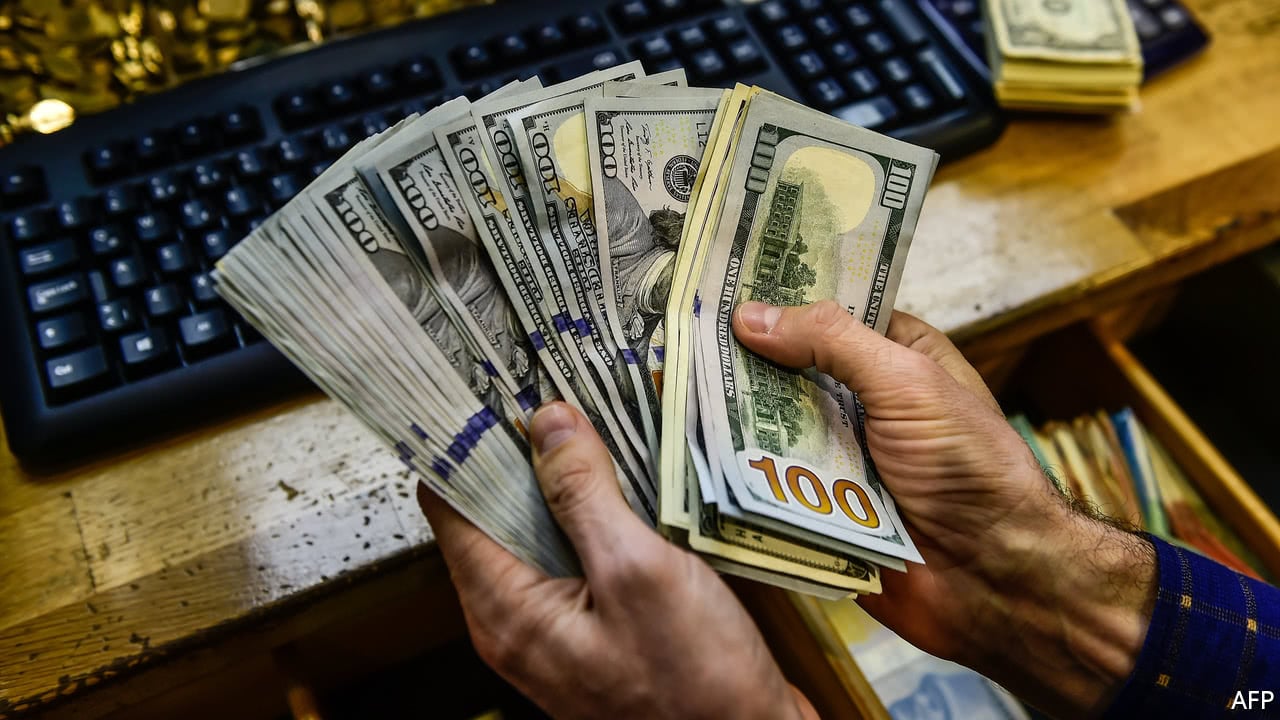 AGUS SACCHAL sells sheets and blankets from a warehouse in Buenos Aires, for which he is paid in Argentine pesos. While the pesos go into his wallet, two other banknotes are stuck to his office window. One is a ten-yuan note from a visit to China, where he went in search of cheap textiles. The other is a $5 bill, pinned next to an invoice, also in dollars. Though he does not trade with America directly, when importing he uses the greenback.

Argentina’s rocky financial history makes the dollar’s dominance there unsurprising. Still, it is an extreme case of a wider phenomenon. After gathering data on 91% of the world’s imports, by value, Gita Gopinath of Harvard University found that America accounts for nearly 10%. But its currency is used in over 40% of invoicing.

Recent research suggests that this creates a link between a weak dollar and buoyant trade flows—and vice versa. Trends since 1999 are suggestive (see chart). During 2017 the dollar depreciated by 7% against a basket of other currencies, as global trade flows surged…

Some airport terminals are learning from the luxury-hotel business 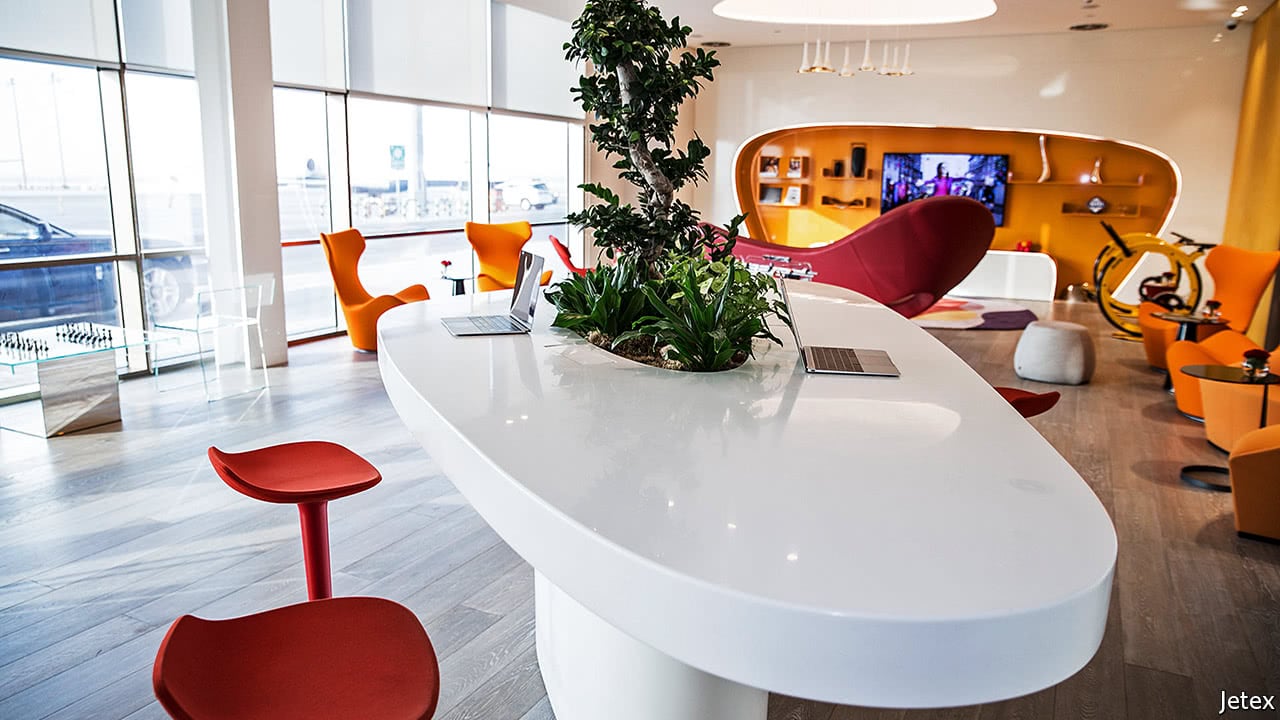 THE private-jet industry advertises itself as the height of luxury for the rich. But travelling through the ramshackle, ugly buildings it used to use as terminals was rather like going commercial. No longer. At one of Dubai’s newest facilities for private jets—built by Jetex, a fast-growing chain—passengers strum guitars on hammock-shaped sofas around a coffee table dressed up as a campfire, before being whisked away to their planes in limousines. Others amuse themselves playing table football or having elaborate spa treatments.

It is unsurprising that such a facility has emerged in Dubai. But the boom in luxurious terminals that look more like playpens for adults than somewhere to fly from is spreading. Jetex has opened 39 of them in more than 20 countries since 2005. Adel Mardini, the firm’s boss, is clear about how he wants to disrupt the industry. He says he wants airport facilities to feel “like a five-star hotel”. 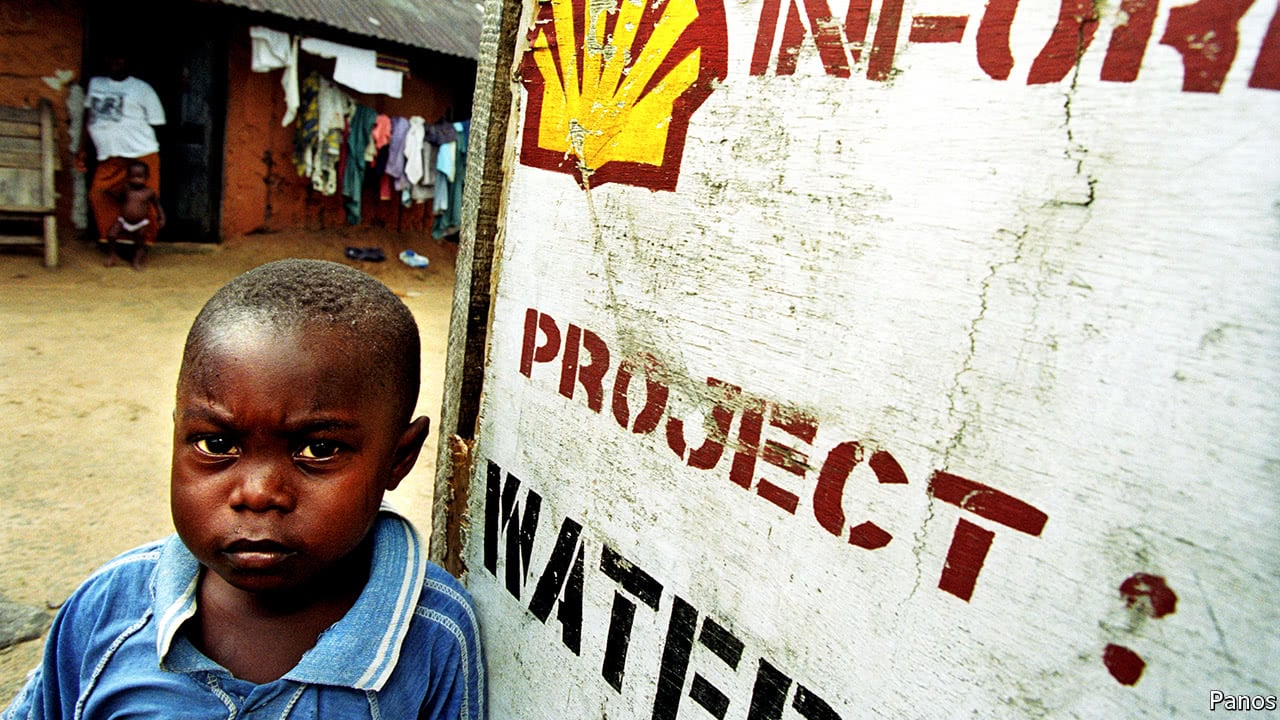 RESOURCE-RICH Nigeria has long ignited interest from oil firms, but it can be a dangerously combustible environment when it comes to the risk of corruption. Two firms caught up in scandals are Royal Dutch Shell and Eni, Italy’s state-backed energy group. In 2010 both entered into deferred-prosecution agreements with America’s Department of Justice after being implicated in separate Nigerian bribery schemes. But those pale beside a case involving the two companies that is set to go to trial in Milan on March 5th.

The case centres on the purchase of a big offshore oil field known as OPL 245, and touches the top ranks of both firms. In the dock will be, among others, Eni’s current CEO, Claudio Descalzi, and Shell’s former exploration chief, Malcolm Brinded. Also on trial are the firms themselves, charged with failing to prevent bribery. The individuals face jail if convicted; the companies face fines. All deny wrongdoing. 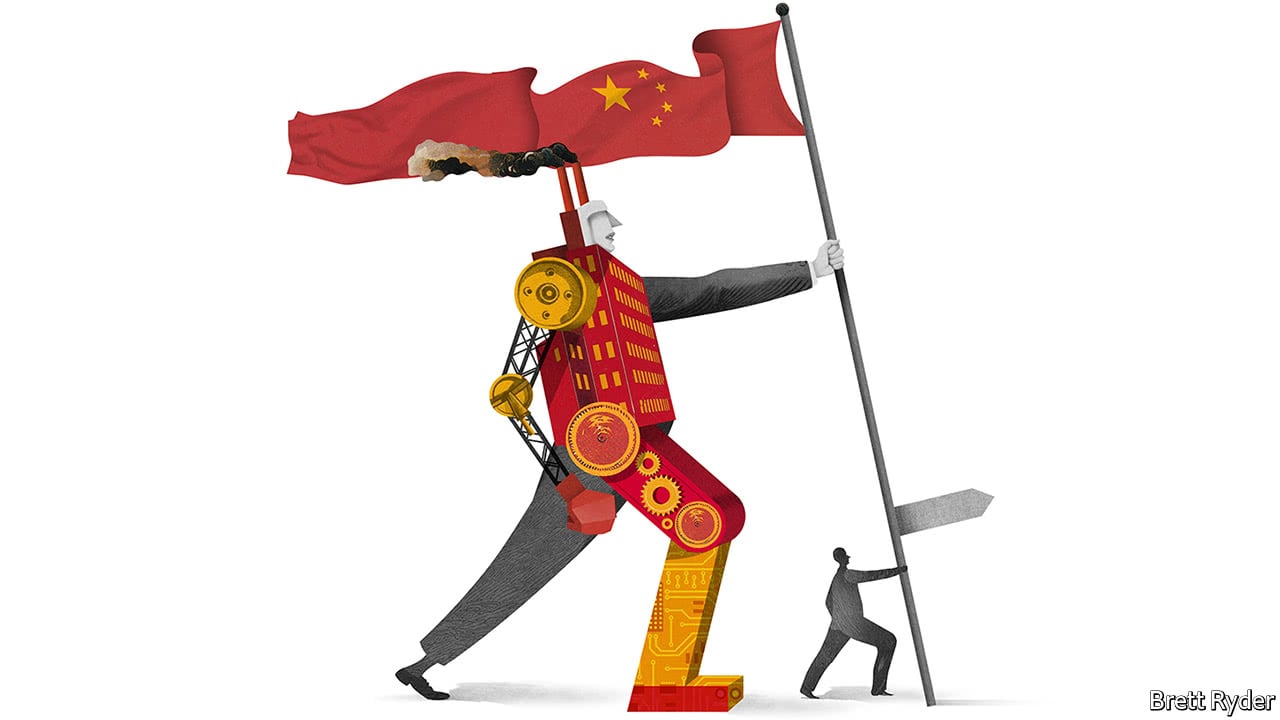 AMONG investors it is fashionable to say that China’s state-owned enterprises (SOEs) do not matter much any more and that entrepreneurs now power the world’s second-largest economy. But China’s SOEs are still hard to avoid. They account for 40% of its stockmarket and a third of its investment, and they dominate heavy industry. On the global stage, SOEs’ appetites sway commodity prices and many are expanding abroad.

These empires of men and machines account for 45 cents of every dollar of debt in China, so their health determines whether the country’s financial system will escape a crisis or blow up. And SOEs have become a loaded gun on the negotiating table between China and America. Treasury officials argue that China has broken the promises it made upon joining the World Trade Organisation in 2001 about further liberalising its economy. According to one negotiator, it is “abusing the system” by subsidising SOEs which in turn rig markets, dump cheap exports abroad and deter foreign… 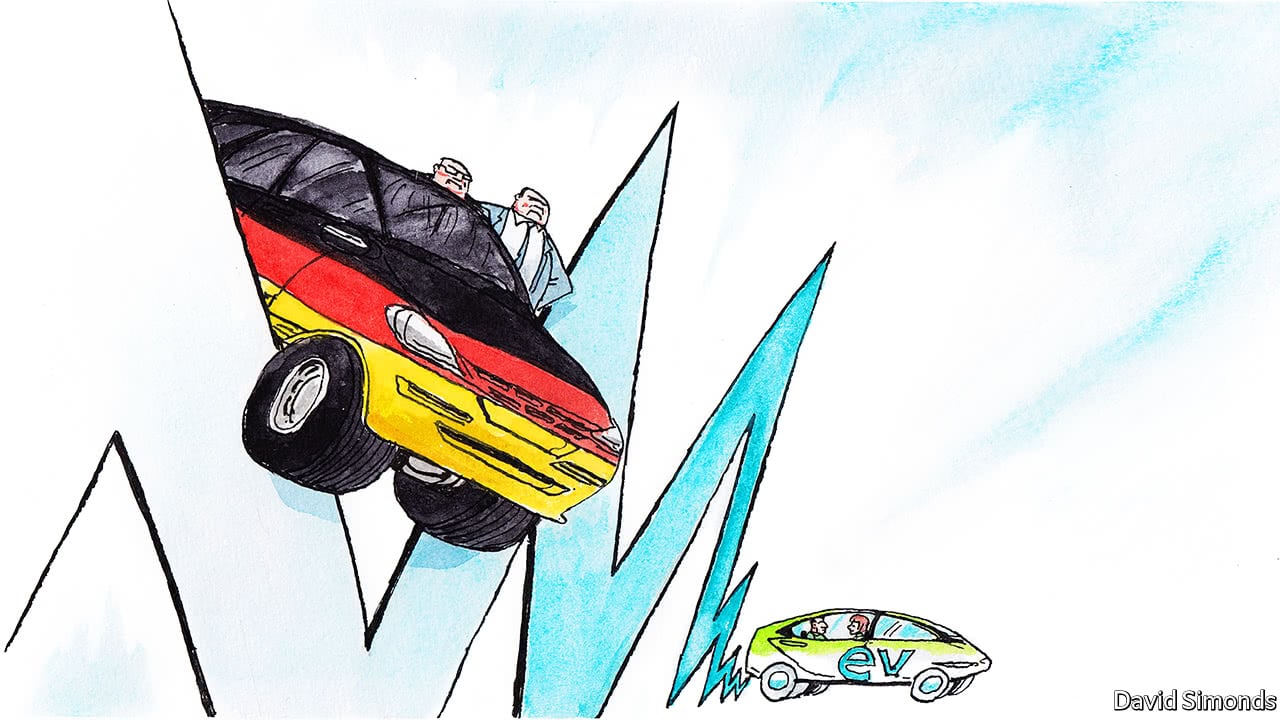 GERMAN carmakers have much in common with the self-confident roadhogs who favour their vehicles. The cars they produce, with sleek design, doors that close with a satisfying thunk and roomy interiors swagged with leather and technology, are the dominant force at the upper end of the car market worldwide. At home, too, they are the purring engine of the economy; carmaking is by far Germany’s biggest industrial sector.

But cars are changing. Electric power and autonomous vehicles will alter radically the way they are used (see special report). The difficulty in adapting threatens not only future revenues and profits at the big three—Daimler, BMW and Volkswagen (VW)–but also Germany’s status as a mean economic machine.

For now they are ahead. Brands built on unmatched quality mean four-fifths of the world’s premium cars have… 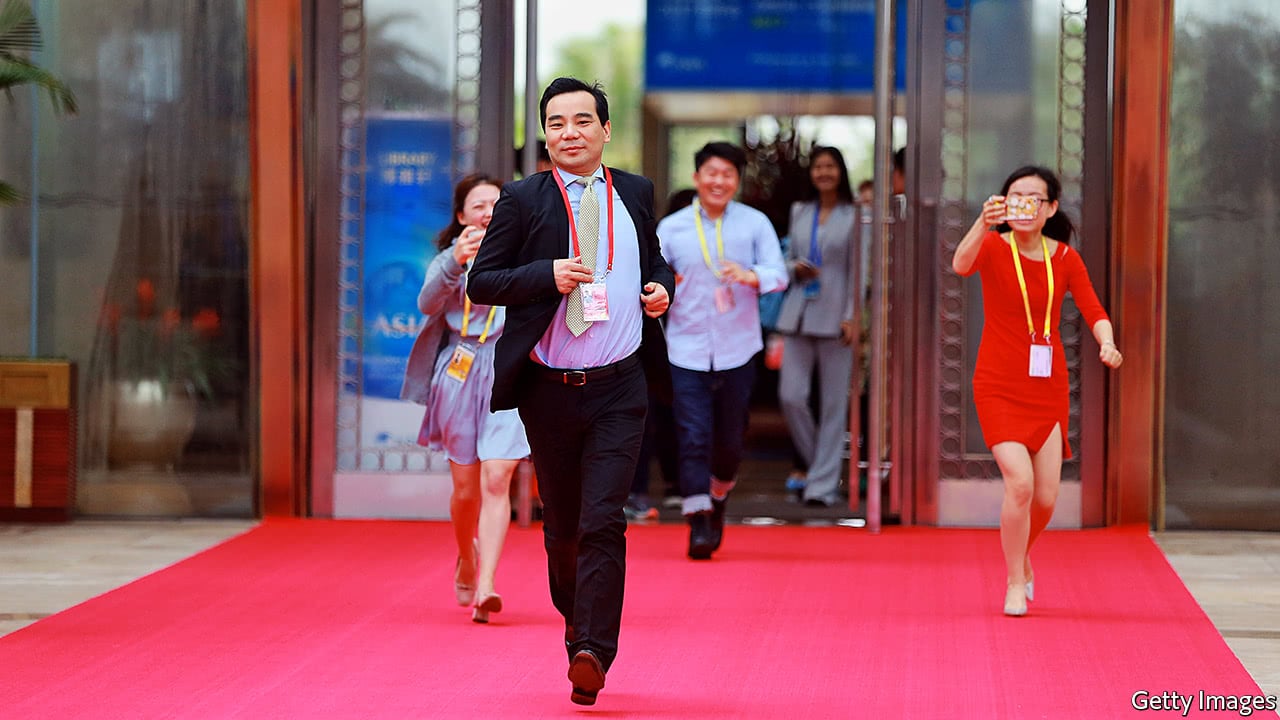 “WHEN it comes to the meaning of life, we will all return to zero one day.” So philosophised Wu Xiaohui, a Chinese tycoon, as he reflected on his success in 2015. Little did he realise how soon his words would be proved true. He founded his firm, Anbang, as a small car-insurance company just over a decade ago. By 2017 it ranked among the world’s biggest insurers, with some $300bn of assets, including stakes in hotels and financial firms in America, Europe and Asia. But then, even more vertiginous than its ascent, came its fall. On February 23rd China’s government said it had taken over Anbang and would prosecute Mr Wu for economic crimes.

Rarely in corporate history has a giant grown and collapsed so quickly. But Anbang’s tale is also interesting for what it reveals about China’s economic landscape. It is the clearest demonstration that regulators are serious about defusing debt risks that have built up in recent years. And it reveals the murky… 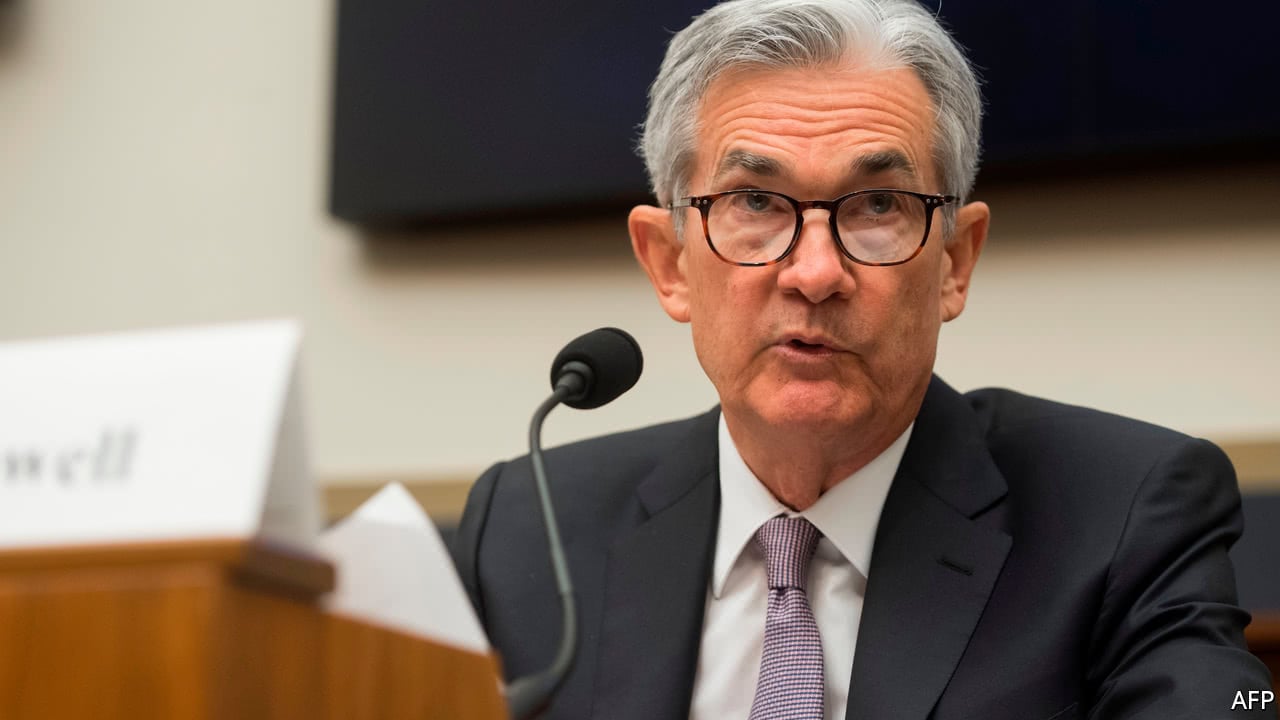 THERE is an old children’s game called Kerplunk. It is similar in concept to Jenga. Marbles are poured into a plastic tube through which sticks have been threaded. The players take it in turns to remove the sticks with the aim of avoiding the fall of marbles. The normal pattern is for a few marbles to drop until the unlucky player removes the strut that keeps up the rest. A noisy crash ensues.

Jerome Powell (pictured), the new chairman of the Federal Reserve, may be that unlucky player. Janet Yellen, his respected predecessor, managed to pull out five sticks (ie, raised rates five times) before she departed, leaving both the economy and the markets in fine shape. Doubtless, Ms Yellen was not happy when President Donald Trump denied her a second term. But it may have been a blessing in disguise. The task of the central banker gets a lot more difficult from here.